The South African town of Stellenbosch is well-known for its wine industry and vibrant university. But despite the town and its surroundings having a population of around 100,000, it began to suffer from heavy congestion.

The problems were especially felt along the central R44 road and the streets leading to it. There, traffic moved slowly northbound during morning peak-hours, and southbound during afternoon peak-hours.

The solution, as the town found out, was technology. Starting in July 2020, Stellenbosch installed adaptive traffic signal optimization software PTV Balance and PTV Epics. The main aim is to prevent congestion by optimizing intersections and coordinating traffic signals in real-time, as opposed to outdated pre-set configurations.

PTV Balance allows users to coordinate traffic lights in intersections, and to activate green waves. PTV Epics is a traffic-adaptive control instrument for single intersections, which is installed inside the control unit.

It is the first project of its kind in South Africa, and is a collaboration between PTV Group, Stellenbosch University, Stellenbosch Municipality, and industry partners Syntell and Techso.

The system consists of hardware and software components. Both PTV Epics and PTV Balance are installed in the Stellenbosch Traffic Center. For real-time vehicle detection, traffic cameras are installed at every approaching lane before a signalized approach. Traffic data is then collected and transmitted to the traffic center.

Alongside the signal control optimization, a traffic model was developed by Stellenbosch University using the software PTV Visum and PTV Vissim. The model is used for testing and calibrating the adaptive traffic signal control.

A few months after the PTV software were deployed, Stellenbosch University analyzed travel times and speeds, to measure the benefits of the new system. It is observed that discharge rate of traffic flow increased significantly at intersections where PTV Epics and PTV Balance were running on the R44 corridor. This is clear evidence that queues are minimal and waiting times have decreased.

Stellenbosch now plans to expand the programme, with stepwise addition of intersection control to the real-time management system.

“Through the pilot program, PTV Epics and PTV Balance upgraded our traffic monitoring capabilities. Due to the real-time information the software provides, we will be able to avoid an increase in congestion, and even reduce it” 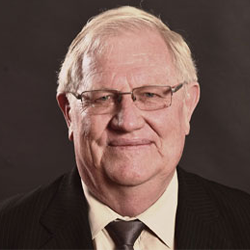 Travel time along R44 expected to decrease by around 15%

The city’s major interchange gets ITS, cuts delays by 10%.